"Not all those who wander are lost"

Woke up early (and sad since this would be Laura and Gabe’s last day) to make sure we got the most out of the day.  We started our day off before 9:00, which we soon found out is long before the city wakes up.  The streets that were filled the day before were empty and cars were allowed through. Most shops did not even open until 10. Another reason for the slow start was the night before the city was alive with celebration as Galway won the 2020 European Capital of Culture.  There were signs like these (below) up everywhere and the winner was announced the day before!  Everyone was out in the streets and we heard it was a Mardi Gras!

Luke and Laura recommended a great spot for breakfast, Grigin Bakery.  I got the ham and cheese croissant, Gabe got the “pancakes” they were more like Creepes and Dad got the mini-Irish Breakfast (below).  We were off to a great start and ready to enjoy the last day with Gabe and Laura.

We ventured though the Saturday market and I got this candid of Luke and Gabe.  I did not realize until I got home and zoomed in, that they  both had the same resting face, hahaha 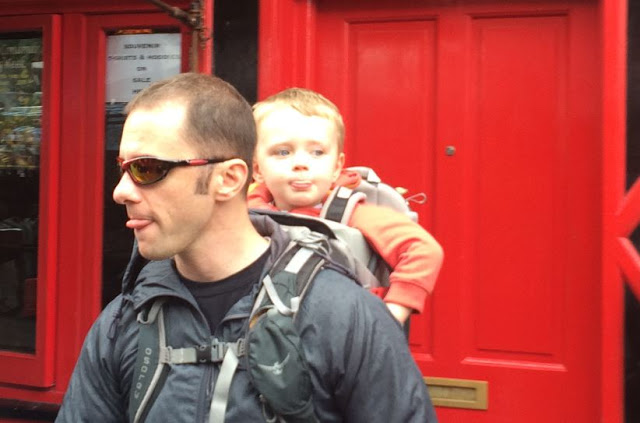 Gabe with Grandma and Grandpa

Park time with Gabe!!! How does he have so much energy??  What a great way to spend the last couple hours together.  I will see you again Gabe when there are leaves on the ground ❤

FOOD TOUR!  I love food tours – not only do they give you a sampling of some great foods but they are a way to learn more about the locals, culture, the area and also get some suggestions.  I love doing food tours once I arrive to a new city as I get suggestions and/or ideas for the entire time I am there.  The first tour I looked up in Galway was a food tour and I was surprised to only see one, Sheena Dignam – Around the Marketplace.  I called to book for the next day.

Sheena was great! She has a great story and did the tour in a fast, but fun and efficient way.  To learn more about Sheena’s tour, click here, or to check her out on Trip Advisor (which I guess more people use while vacationing – instead of Yelp) CLICK HERE.

STOP 1: Grifin Bakery (YES were we had eaten breakfast!) This was great as we got to experience breakfast without knowing anything about the place and then we got the history and back story.  Very interesting history.  Of course they do not use any preservatives or additives in their breads.  Also, the owner is a deep sea diver and was diving one day and was attached by an eel.  This eel got part of his face and harmed him so seriously that they did not think he was going to make it.  He survived and in honor of this, has a huge Anaconda bread loaf out each day that people can get by the slice.  These massive loafs 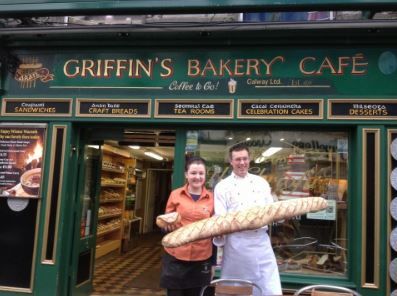 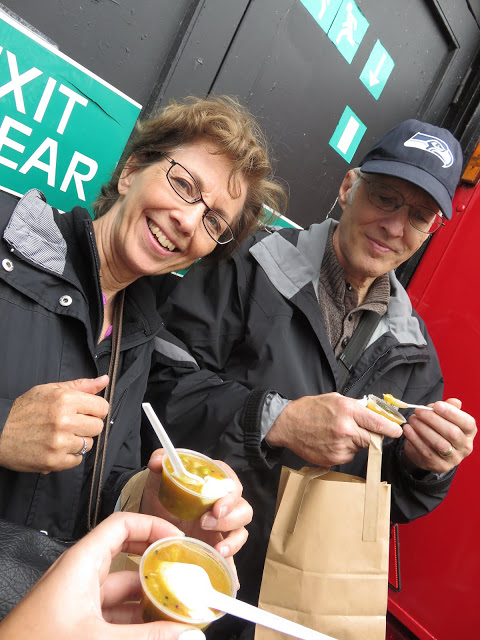 Killeen Goat Cheese is the white one on the right – unbelievable!  I want to bring it all home!!

STOP 4: Brown’s Oysters.  Since Oysters are not in season right now, they farm them using Pacific Oysters (YES from by Seattle!!) This was mom and dad’s first ever raw Oyters!  They said they were “OK” (I liked them) 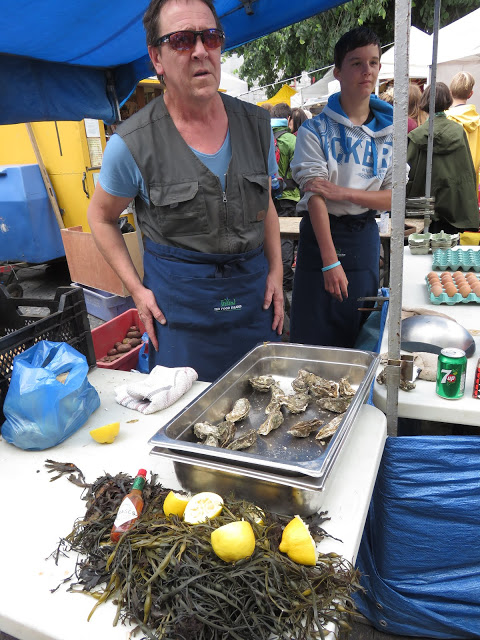 STOP 5: Cafe Wa – Sushi (Wa means Harmoney and Circle in Japanese).  This sushi is different as Ireland was not very open to Sushi I guess when it was introduced.  So the owner started using a traditional ingrediant to get people more interested in Sushi….Turip!  We tasted this and it was very interesting, a sweet and different kick at the end – I loved it!

Sushi is viewed as sort of special cuisine reserved for Japanese people.It is an art of cooking and traditionally Sushi is made by Sushi Chef `Shokunin` who have got skill to make. It is said that normally needs ten years of training and hard workings to open their own sushi restaurant. Shokunin learn not only skills but also business and spirits as a sushi chef during the training. For this reason, Sushi Shokunin in Japan is recognized as respected craft work people too.

WA CAFE owner Yoshimi Hayakawa started selling Sushi in the Gaway market in 2002. She never loose her passion to provide tasty Sushi and Japanese food with a essence of culture behind. She loves sushi and keeps a respect for traditional sushi and teach all skills, knowledge and spirits what she learned in Japan to the chefs. Sometimes chefs get further trainings by experienced sushi master coming over from Japan as well as they go to Japan to improve their skill. Our target is; To make people happy and healthy with Sushi To be the best Sushi restaurant in Ireland, self-realisation and contribute to local economy and community 和を以って尊しと為す `WA wo motte toutoshito nasu`means `Harmony is to be valued`

STOP 6; Boychik Doughnuts were melt in your mouth delicious.  They were hot and fresh – perfect for a cold rainy day (or any day). 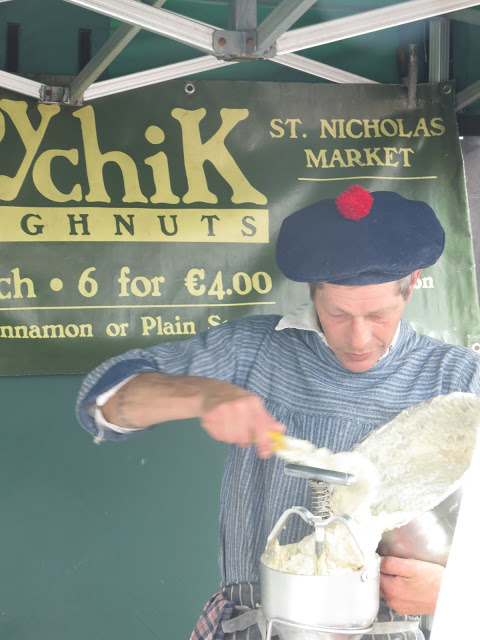 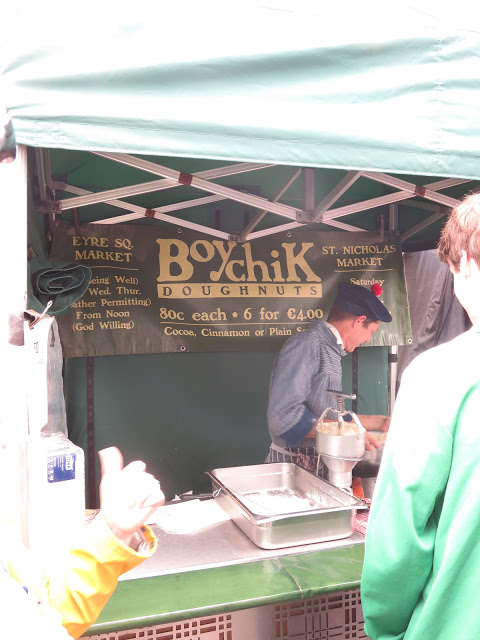 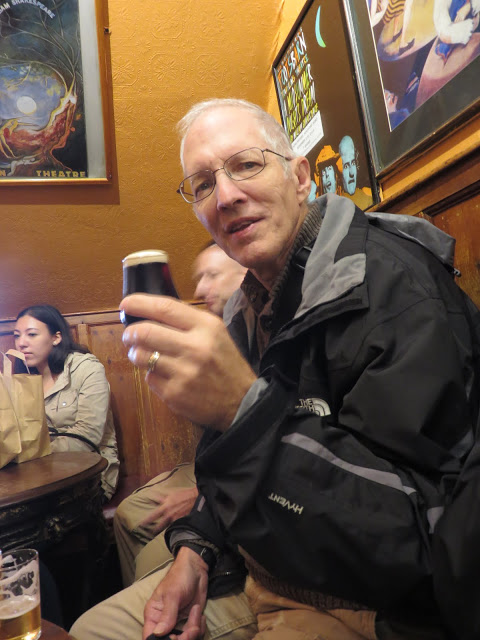 About Tigh Neachtain: Tigh Neachtain is located on the corner of Cross Street and Quay Street in the heart of Galway City. Since 1894, the former home of prominent animal rights activist Richard Martin has been a meeting place since it first opened its doors for a diverse and eclectic clientele. Tigh Neachtain’s strong connection with Galway’s arts and musical communities adds to the allure of its already welcoming interior. Whether you are looking for a seat by the fire on a chilly winter’s day or to soak up the atmosphere of Galway city while enjoying a drink in our beer garden, Tigh Neachtain’s door is always open.

STOP 9: Cupan Tae more sweet treats – zucchini and lime, what a unique combination and it was divine! This is the perfect spot for High Tea!  It is an authentic Irish Tea shop, what a neat experience to see what that looks like and taste something different!

STOP 10: Kai Cafe – a super cute restaurant that I cannot wait to have an entire meal at.  We got a taste at the style with this appetizer that was filled with flavor and combinations of tastes.  Our tour guide Sheena does the wine list there and if it is anything like her taste in food, I will love it!

Another thing to note is Kai Cafe is on the West side of Galway…somewhere we never would have known to go!  Once again, Food Tours are such a great way to find out where the locals go and other parts of town that have the “road less traveled”

More about Kai Cafe: David and Jessica Murphy are the proud owners of Kai Café and Restaurant. The couples joint performance in the kitchen and on the floor promises a memorable dining experience to every customer young and old. The philosophy at Kai Café and Restaurant is very simple, head chef Jessica sources fresh, organic produce from local suppliers to create daily menus bursting with flavor, texture and colour. If you’re lucky you might even get an edible flower on your plate. All menus change on a daily basis dependent on what is fresh and in stock from local suppliers.
Awards: Restaurant of the year 2012, Top 10 happening rooms in the country, Top 10 great ‘him’n’her’ placesTop 10 great signature dishes, Fourth best female chef in Ireland, – Best chef in Connaught, Best restaurant in Connaught 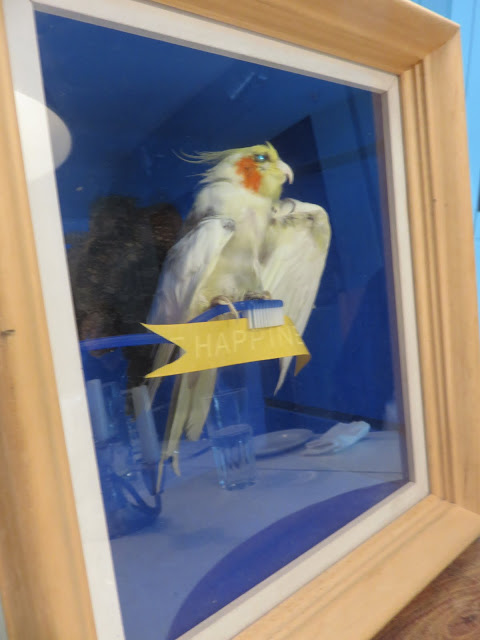 just a little something to show the uniqueness of this place.  Looking forward to coming back for a full dinner here, YUMMY!! 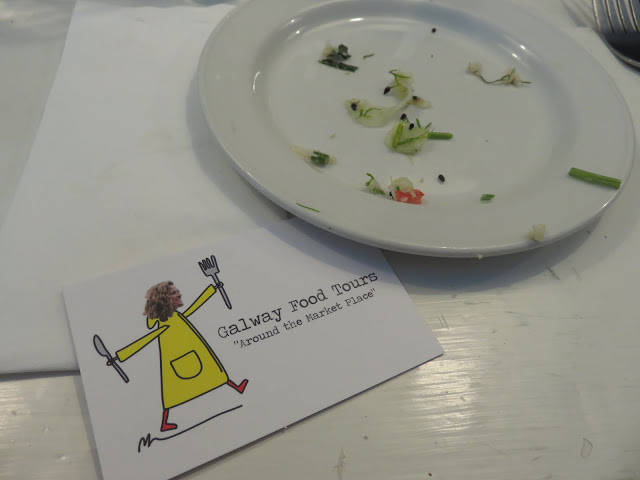 What a great way to end the tour….around a table with empty plates and feeling satisfied!

We were exhausted after a long and emotional day filled with park time, tons of food and a lot of walking.  We retired early and watched Shaun of the Dead – a gem non of us had seen before (in our defense this was the first time we had turned the TV on!)

Just a couple of Midwest girls loving the PNW life 🌊🏔🥾❤️
I don’t normally have days where I want to give up and just go home…but yesterday was one of them. I will spare all the details but let’s just say I heard multiple times “This is not my fault” “There is nothing I can do” on less than 3 hours of sleep 😩
No filter needed for this beautiful ORMATYC sunset ❤️☀️
Sometimes it pays to take a break and look out the window 😲🌈🌧
Seems appropriate #texastech
Last full day in Maui was full but very relaxing…for the most part.
Relaxing day in Lahaina eating some of the best food I’ve ever had at @star.noodle 🍜 window shopping 🛍 and seeing the coolest tree ever - It fills an entire city block!
Road to Hana (part 2)
Road to Hana (part 1)
🏖 Beach Day ☀️ Followed by a romantic sunset with whales breaching all around us🐋 Topped off with an authentic Hawaiian dinner 🥘 🌺 🍲
Momma teaching her calf how to breach 🐋 I cannot believe I caught this on my iPhone.
When in Rome…
During the winter months of December-April, the leeward waters of Maui County house the world's densest humpback whale population. Every year, over 10,000 humpbacks annually migrate to the warm, shallow waters of Maui, and create thunderous splashes and aerial performances not seen in other species of whales.
Voted best Mai Tai on the island year after year 🍹
Took me a full two days but I’m on my way to vacation mode 😍
Established in 1973, ʻĀhihi-Kīnaʻu Natural Area Reserve includes a coastal lava field and surrounding waters on the southwest coast of the island of Maui, Hawaii. It consists of 1,238 acres on land and 807 acres of ocean along 3 miles of Maui's southwestern coastline. The reserve includes several popular snorkeling/diving sites and many cultural and geologic sites as well as habitat for numerous rare and endangered species. The purpose and intent of the Reserve is to preserve and protect three unique components: the geologic setting of the most recent lava flow on Maui; unique assemblages of nearshore coral reef ecosystems; and the anchialine ponds found there.
The Iao Needle. Rising 1,200 ft from the valley floor, it is taller than the Eiffel Tower.
Cheeseburger in paradise ❤️🍔🌺
%d bloggers like this: